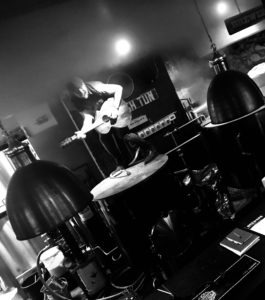 To fine or not to fine…

So I was in the pub the other night and I was approached by a gentleman named Paul. Now aside from being a good ale drinking man, Paul plays a part in blood analysis for the NHS and from here on in will be referred to as Dr Acula.
We got to talking about fined beer. Wait wait wait!!!!!!! Don’t switch off. Dr Acula being a generally inquisitive, science minded dude, was just asking honest questions about the nature and effect of finings and fined beer, without bias.

To cut a long story short he asked if I would consider fining a cask of ale, and doing a side by side with the unfined version of said beer, so to exemplify the differences. Nothing new here. We have done this sort of thing lots of times before, as have many many other cask ale brewers back in the dark old days of the “Craft Wars”, before waxed beards and waistcoats replaced sandals and socks.
But it did strike me that not everyone has overcome this “confusing conundrum” (sic), and indeed stopped getting the proverbial hump about it, especially in light of recent news that we have been dropped from the CAMRA good beer guide because of our lack of fined beer.

It may, in that case, be a relevant time to indulge Dr Acula in this “science beer” experiment. If for nothing more than to give our loving patrons, and anyone else that has managed to avoid such experiences, the chance to try ONCE MORE, the differences between fined and unfined beer.  This is not a platform for me to shout my views on the matter from, nor a chance to decry fined, or indeed unfined beer. Neither is this a forum where I will give a science lesson on the ins and outs of isinglass finings. This is merely a declaration that we will be showcasing these two specimens, and offering free tasters, so that Dr Acula and anyone else that hasn’t already formed an opinion, may fill their boots.

Anyone wishing to learn more about isinglass finings could try a simple google search to uncover the riveting world of fish based slop, or head down to Dancing Man on the evening of Thursday 29th Nov to try our delectable Old Fashioned 3.9% best bitter in both fined and unfined formats, and make up your own mind!

Dear visitor, We use cookies to personalise content and ads, to provide social media features and to analyse our traffic. We also share information about your use of our site with our social media, advertising and analytics partners who may then combine it with other information that you've provided to them or that they've collected from your use of their services. You consent to our cookies if you continue to use this website.OK